The Early Years of Portsmouth

Although ships were repaired in Portsmouth, no ships were built there...

In 1189 Richard I landed at Portsmouth and the strategical advantages of the island probably induced him to build a town there. Judging by the number of conveyances of houses in the town, by early in the thirteenth century it seems to have grown to a fair size. Some of the buildings would have had an upper room and the majority were probably made of wood which was unfortunate because during the fourteenth century the French set fire to the town four times and only the Domus Dei (Royal Garrison Church) and the parish church (now Portsmouth Cathedral) were left standing.

Henry VII’s decision to build the dockyard towards the end of the fifteenth century brought new life to the town but its fortunes declined in the late sixteenth century when new dockyards on the Thames attracted business. Indeed, although ships were repaired in Portsmouth, no ships were built there in the late 16th and early 17th centuries and, consequently, Portsmouth came to be described as a poor and beggarly town. The outbreak of the plague in 1625 didn’t help.

The bust of King Charles I as Prince of Wales set in the wall of the Square Tower. 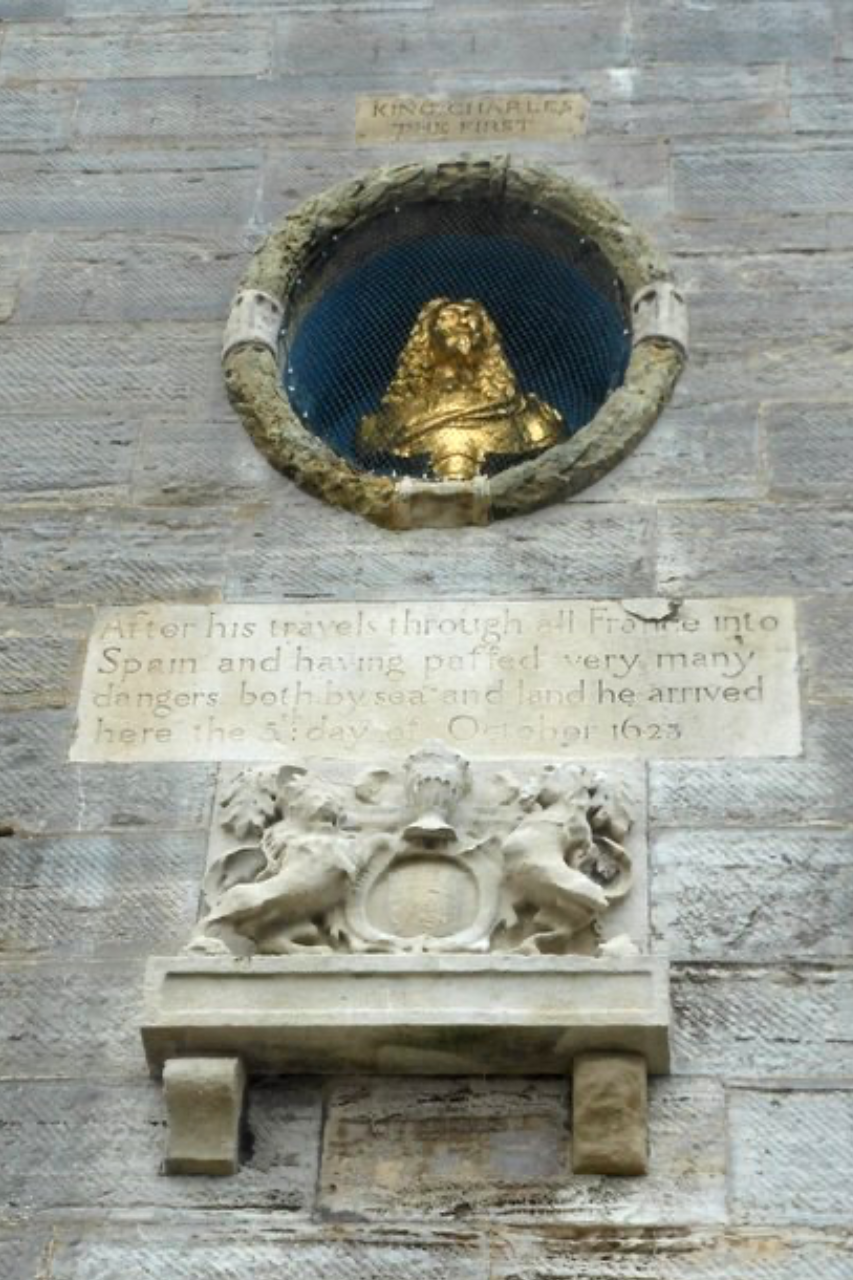 Under Charles I (1625–49) Portsmouth began to regain some of its stature and between 1650 and 1660 twelve ships were built there. The bust of King Charles as Prince of Wales (now replaced with a replica) placed in the niche of the stone walled Square Tower at the southerly end of High Street gives an idea of how well regarded he was at that time. Another indication of this regard was that, soon after the bust was in place, the Governor recommended that all the innkeepers in High Street should set their signs into the walls of the houses as they are in all civil towns so they didn’t obscure the figure. He also ordered that, when passing it, all officers and soldiers should doff their hats.

In 1662 King Charles II married a Portuguese woman named Catherine of Braganza in the Domus Dei. Following the renewal and construction of new fortifications around the town in 1667–1685, Portsmouth became one of the most heavily fortified towns in Europe.